Information platform
Within the framework of the "one window" platform, the Ministry of Environment has launched an electronic system "permits 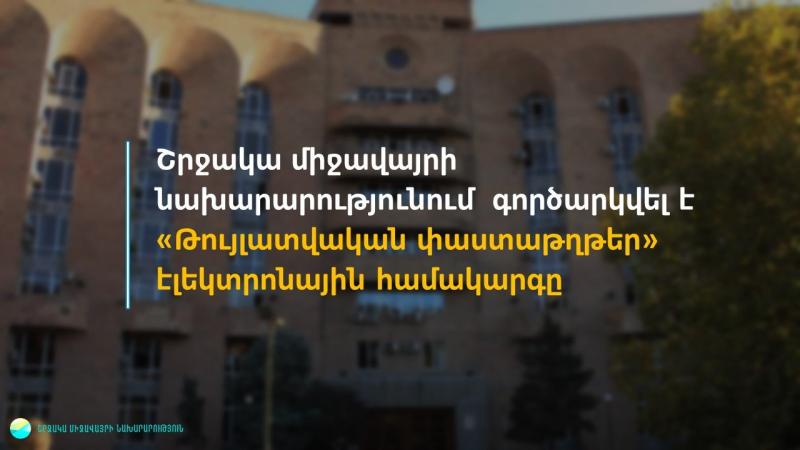