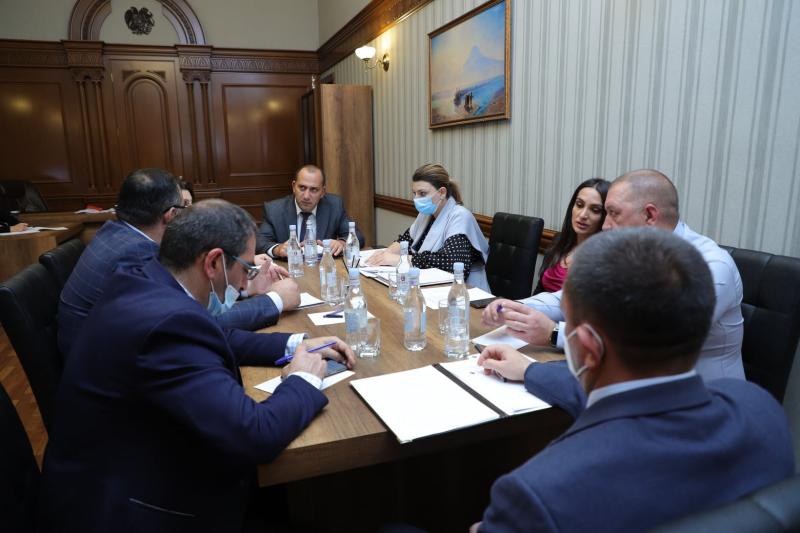 During the working visit to Armenia of the Prosecutor General of the Islamic Republic of Iran Mohammad Jafar Montazeri and the official meeting with the Prosecutor General of the Republic of Armenia held in Yerevan on the initiative of the Iranian delegation, the possibilities of finding mechanisms to solve the problems of protecting natural bio resources, developing working formats for further cooperation in this area were discussed. An agreement was reached to make the issue a subject of comprehensive discussion again:
Proceeding from the above, a working meeting of the Deputy Prosecutor General of the Republic of Armenia Armen Afandyan was convened and held at the Prosecutor General's Office of the Republic of Armenia, which was attended by the Deputy Minister of Environment of the Republic of Armenia, Deputy Minister of Territorial Administration and Infrastructure of the Republic of Armenia and the Head of the relevant structural unit of the Ministry's office, Deputy Head of the Nature and Subsoil Protection Inspection Body of the Republic of Armenia, as well as the General Director of CJSC Agarak Copper-Molybdenum Combine.
During the meeting, they discussed the work done so far in cooperation with the Iranian side to protect the Araks River from pollution due to the exploitation of mines in the region.
It was assured that all the tailings of the Agarak Copper and Molybdenum Combine already have a closed circulating sewage system, which excludes the contamination of the wastewater into the river with heavy metals and chemicals as a result of the plant's operation.
At the same time, taking into account the importance of the problem, the constant follow-up to it, as a result of the consultation an agreement was reached to monitor the cooperation of the prosecutors' offices of the two countries with the relevant authorities: on monitoring, evaluating the effectiveness of measures carried out previously in the direction of protecting the water and animal resources of the river, the natural environment, as well as on the development and implementation of measures for the application of legal impact mechanisms in case of identification of possible problems arising as a result and the need to solve them.